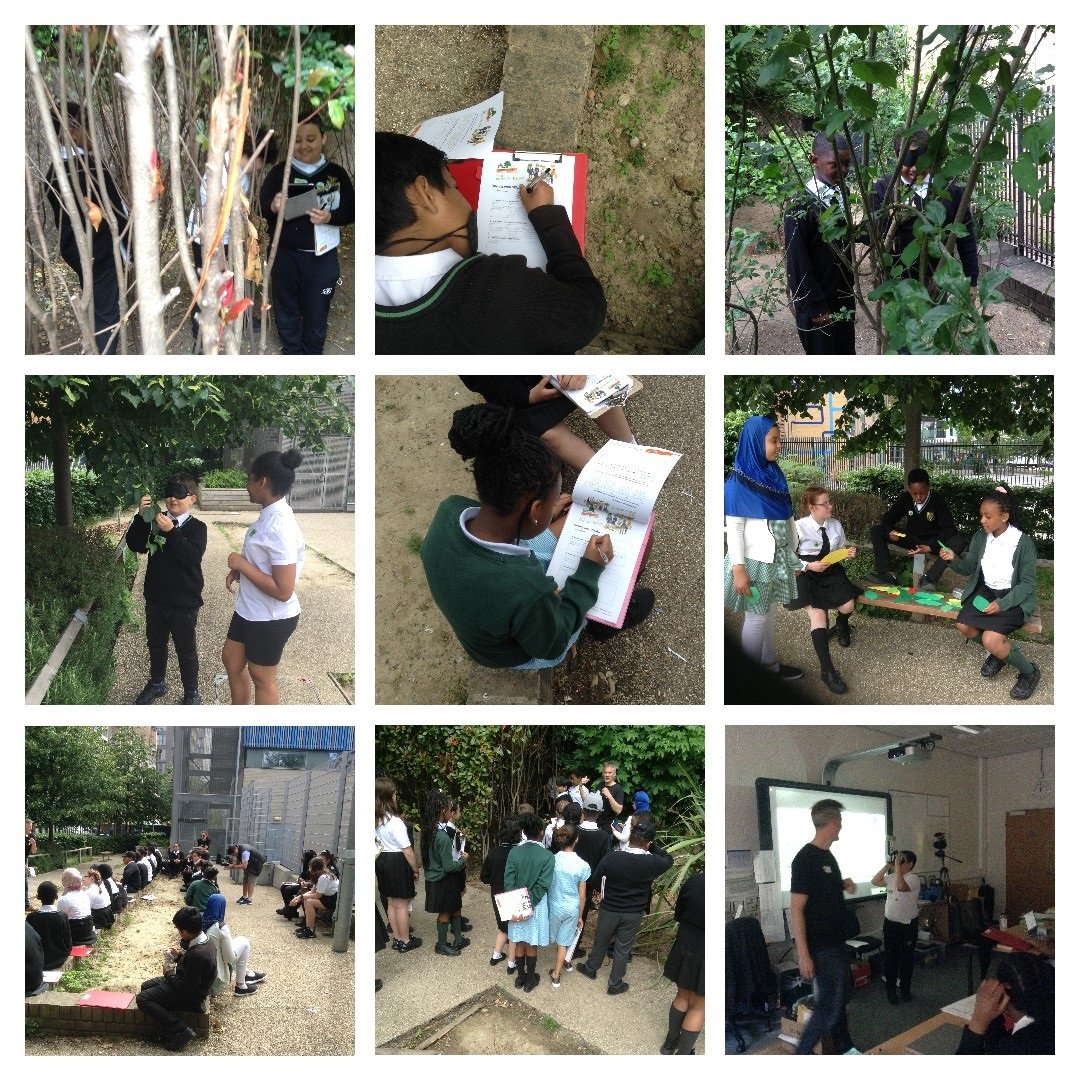 Prendergast Vale were honoured to host Richard and Juliette from the Tree Council for a packed day of activities with Year 6. The children began by discussing how to find their connection with nature and reflected upon what they had done so far during the Young Tree Champions project.
In pairs, they took each other on a blindfolded sensory walk around the garden and talked about what they perceived around them. Using ipads, they took photographs of objects in the garden that caught their eye and were able to explain why particular objects or perspectives interested them.

For the upcoming climate change conference, the class wrote notes on leaves about matters they considered important for them and – in the spirit of what they had learned with Sarah Steed from the Speaker’s Trust – stood up and presented their messages. They even found time to edit their poe-tree and impressed Juliette with their creations.

It has been wonderful to see the children grab this opportunity with both hands, how they are consolidating all the knowledge they’ve gained around trees, nature and the climate, and how this is steadily building their confidence to speak up and out for the environment in which they live, as well as for environments further afield. The whole class has really shown how they can be a #ForceForNature