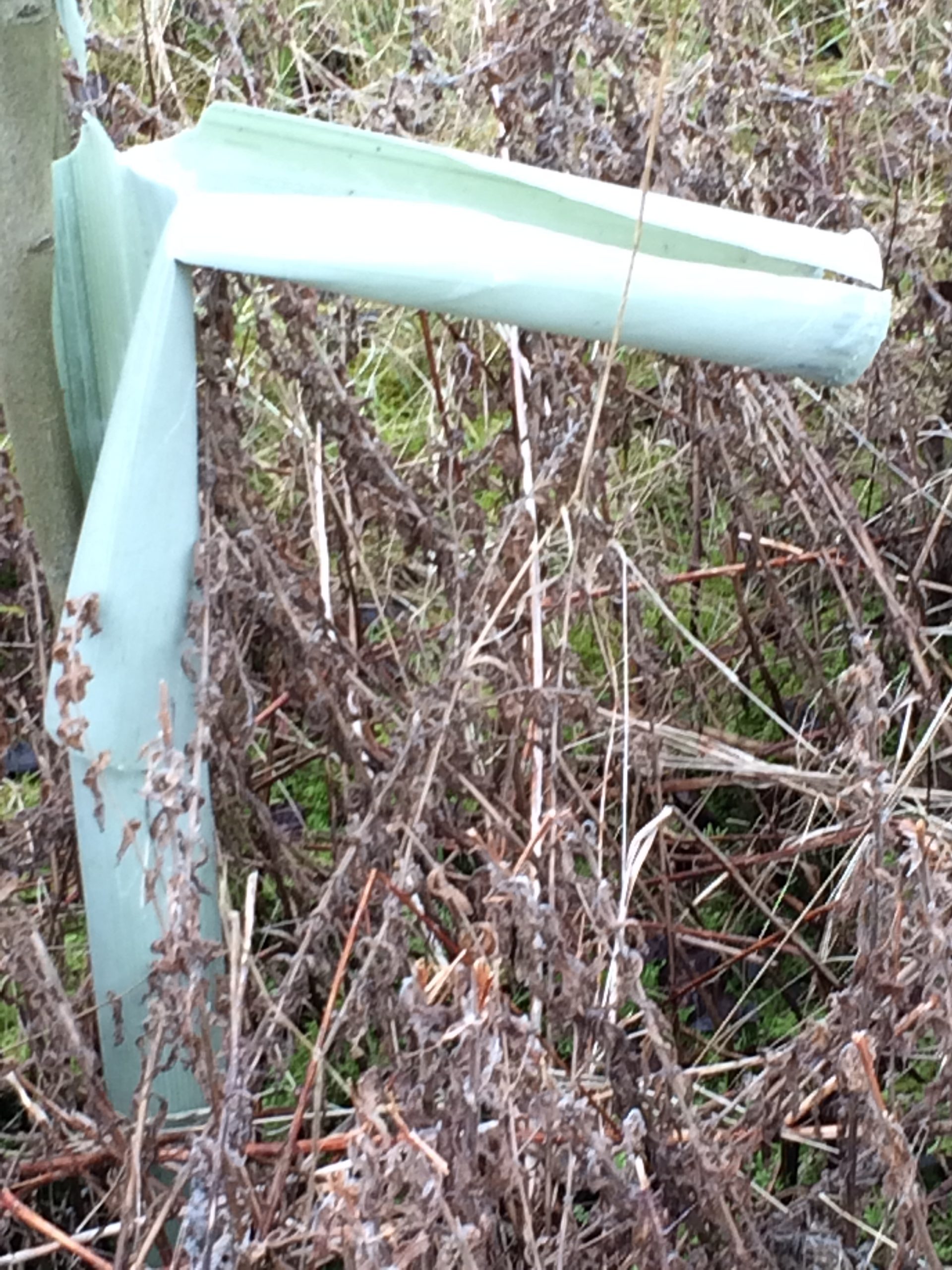 Class 6 at Ramsbury Primary School went on a walk round our village of Ramsbury, looking for signs of plastic pollution. Hidden in the hedgerows, they found hundreds and hundreds of old plastic tree guards and hedge guards – lining the paths and fields, breaking up into pieces and even growing into the bark of the trees! Some of the plastic guards has been there for more than 15 years! The children were shocked that so much plastic could just be discarded in the countryside – and so close to our River Kennet too. They found out about all the problems plastic causes when it gets into our rivers and seas – did you know that 100% of baby sea turtles have plastic in their stomachs? Or that there is a floating island of plastic in the Pacific which is bigger than Texas! – and so decided to do something about it. They organised a Zoom conference for local landowners, councils and eco groups to tell them about the problem. We had 18 different attendees at our conference (Ramsbury Estates and other landowners, Wiltshire Council, Parish Council, Forestry England, Ezeetrees, Reforesting Scotland, CPRE, Greenpeace, Green Party and many more – and we were even featured on BBC radio and in the local press)! At the conference, the children told the landowners of their concerns, and about their plans to organise a big ‘Ramsbury Clean Up’ to coincide with the Great British Spring Clean from 28/5/21 to 13/8/21, where they will try to remove as many of the old tree guards as possible. They are also going to take part in some tree planting projects, in which they will trial compostable alternatives to plastic tree guards – and will even design their own guards. The next step is to make this an issue in a national scale, and they are writing to our MP and to government to try and encourage a ban on ‘single-use’ plastic in the countryside. We should plant trees – not plastic!